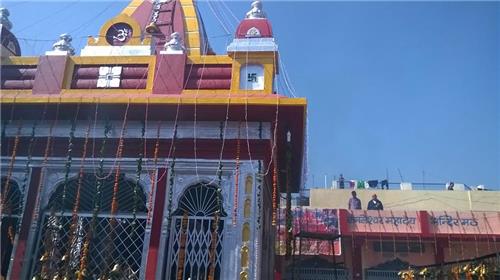 Kamleshwar Mahadev Temple, dedicated to Lord Shiva, is one of the major temples in Srinagar.  It is an ancient place of worship with many interesting tales spun around it. According to Kedarkhand, it is one of the five Maheshwar Piths of the Himalayas and is much revered by people living in this area.  The present structure is said to have been built before 15th century AD and such is its glory that neither the 1803 earthquake nor the Gohna Lake Dam Burst (1894), which destroyed much of old Srinagar town, could damage it in anyway. 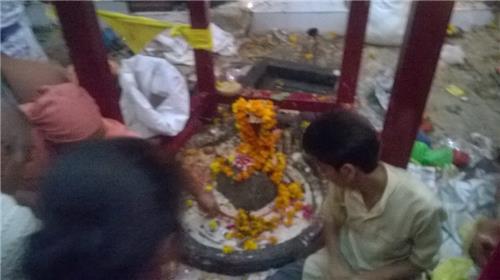 As we have already mentioned, there is an interesting tale about this temple. It is said that after slaying King Ravana, Lord Rama came here to absolve himself of the sin of killing a Brahmin (Ravana being one). He began to meditate on Lord Shiva and decided to offer one thousand lotus flowers to him. To test his devotion, Lord Shiva stole one of them. When Lord Rama found one of them missing, he decided to pluck out one of his eyes and offer it to the Lord. As he was about to do that Lord Shiva appeared and granted him the boon.

Some however, say that it was Lord Vishnu who offered puja and finding one flower missing, decided to offer one of his eyes (the Lord having lotus shaped eyes, Kamala Netra). Pleased with his devotion, Lord Shiva gave him the Sudarshan Chakra.

The Story of Childless Brahmin

This is another interesting story about this temple. As the above mentioned event was taking place, a childless Brahmin couple was standing there with a lighted diya in their hand watching the rituals silently. As Lord Shiva appeared, he also told them to ask for a boon. At this, the grateful couple asked for a progeny. On the request of his consort Devi Parvati, the Lord not only fulfilled their wish, but also said that whoever stands here on Vaikunth Chaturdashi night with a lighted lamp asking for a child will have his wish fulfilled. Since then, scores of childless couples come here on every Vaikuntha Chaturdashi night wishing for an offspring. 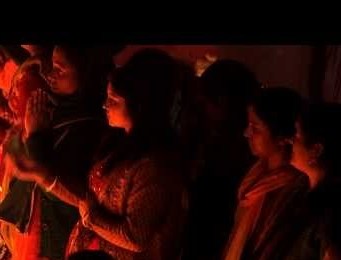 Vaikunth Chaturdashi falls in the Shukla Paksh of the month of Kartik. On that night one can see many childless couples standing here throughout the night with a lighted diya in hand, chanting the name of the Lord. It is said that they always have their wishes fulfilled. A five-day fair is organized here from the next day. This fair, known as Baikunth Chaturdashi Fair, attracts people from far and wide.

Other Festivals in Kamleshwar Mahadev Temple

Apart from Vaikunth Chaturdashi, Shivratri is another important festival here. On this day, Lord Shiva is said to have wedded Devi Parvati. Achra Saptami, which falls two days after Vasant Panchami in the moth of Magh, is another important day for this temple. On this day, the Lord is offered 52 different kinds of dishes. In addition, devotees turn in large number to pay homage to the Lord In the moth of  Shravan each year.

Kamleshwar Mahadev Temple is located 150 meter off Badrinath Road towards Alakananda River close to HNB University. It is around 1 km from the main Bus Stand.