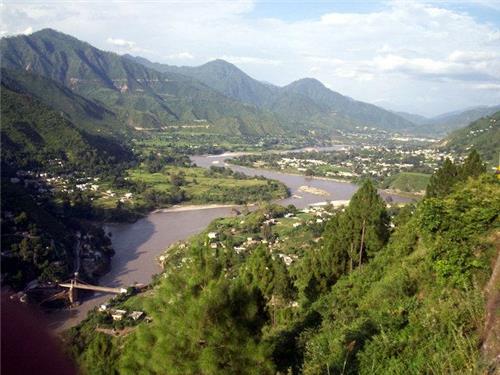 Srinagar is located in the Lesser Himalayan range at the geographical coordinate of 30.22° N 78.78° E.  It is a part of the Pauri Garhwal district in the state of Uttarakhand. The average elevation of the town is 560 meter, which is 1,840 feet. It is spread in east west direction and has River Alakananda flowing through it.

Because of its low elevation, Srinagar is one of the hottest places in the Garhwal Hills. May, June and July is the warmest in this region and on some days the temperature may reach up to 45 °C. However, winter is chilly. In December and January, the temperature may go below 2 °C.

River Alakananda is the main water body in this town. It originates from the confluence of Satopanth Glacier and Bhagirath Kharak Glacier. It then meets River Saraswati near Mana and flows for another 3 km before it passes by the temple town of Badrinath. It then flows for 190 km before it merges into River Bhagirathi to form River Ganges. Rivers Mandakini, Nandakini, Pindar, Eastern and Western Nayyers etc are some of its important tributaries of this river. Because it carries large volume of sediments, the water is always muddy in this river.

Dams on River Alakananda in Srinagar 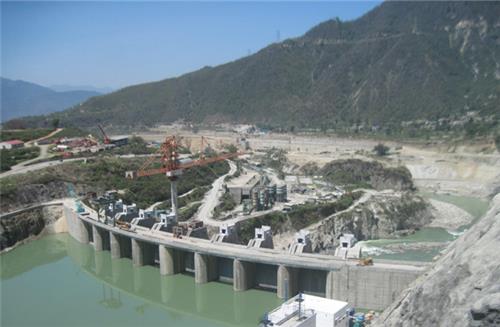 To harness the water of River Alakananda and use it for the benefit of the mankind, a number of dams are being built in different places. Alakananda Hydro Electric Power Project, located in the Madhi Chouras area of Srinagar is one of them. It has an output capacity of 330 Megawatts. Although a little behind schedule, the project was commissioned on 16 June, 2015. On that day all four units of the project were loaded to the full, producing 330 MW of electricity.

River Alakananda plays an important part in the geology of this city. As it flows from its source at the Satopanth Glacier it carries with it boulders and sands. It deposits a part of it as it arrives at the lower reaches of the mountain. The city of Srinagar rests mainly on quaternary fluvial terraces of boulders and sand that the River Alakananda has brought with it. These terraces in their turn rest on layers of hard rock known as proterozoic phyllite; especially identified as the Pauri Phyllite. 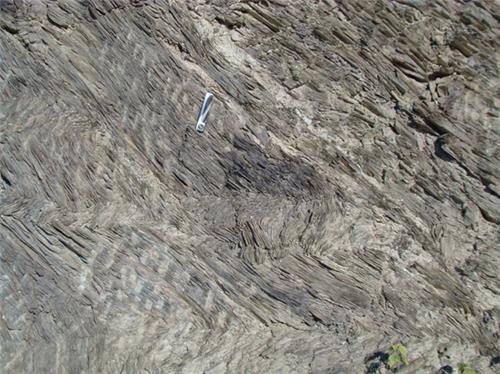 Source
It is to be noted that phyllite is a fine grained metamorphic rock formed from protolinth rocks such as slate, shale or mudstone. Consequently, there can be various types of it. The Pauri Phyllite belongs to Chandpur Formation and is highly fractured. It is separated from the quartzite and lime stone of Rudraprayag Formation by the North Almora Thrust (NAT), also called Srinagar Thrust.

The district of Pauri Garhwal is quite rich in minerals. The areas in and around Srinagar contains considerable deposit of limestone, sulphur and granite. Limestone is used to manufacture lime for cement industry while graphite is used for roof construction.  Some parts of the district also has good quantity of hard coal and gold deposits.

Fauna and Flora in Srinagar

The area around Srinagar is also rich in fauna and flora. The climatic condition being warm and moist, the area grows different types of ferns. In addition, hill slopes are covered with different types of trees such as wild cherry, wild apple, horse chestnut, spindle wood, oak, fig, poplar, holly, rhododendron etc. One can also spot different medicinal plants such as Acacia Arabica (Babul) and Egle Marmelos (Bel) growing in this area. Animals belonging to the cat family are found in the forests around Srinagar. Different types of birds can also be spotted here.

Comments / Discussion Board - Geography of Srinagar