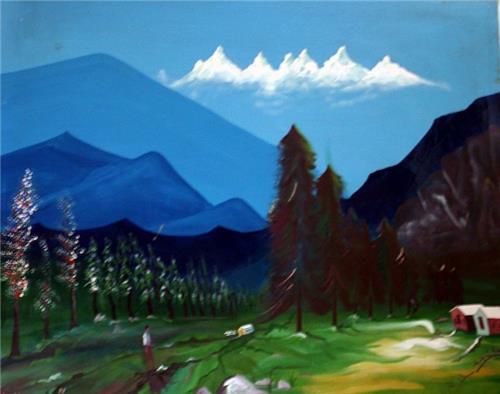 Garhwal painting is a branch of Pahari School of Painting, which flourished from 17th to 19th century AD in different hilly kingdoms in the western Himalayan mountain ranges.  Most art historians are of the opinion that it grew out of Mughal miniature paintings, which flourished in the Mughal Court and was created by the amalgamation of Persian and Indian ideas.

The Pahari School of painting is said to originate in the 17th century AD at Basohli in Jammu. Later it spread to other places such as Kangra, Guler, Nurpur, Chamba, Almora and Garhwal.  At each place it created such a stark variation that Pahari School of Painting can now be classified into Basohli Painting, Kangra Painting, Guler Painting, Chamba Painting and Garhwal Painting. 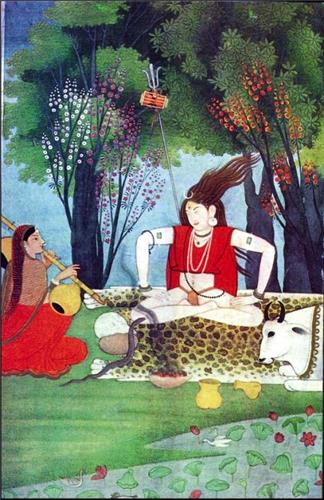 The middle of the 17th century was a very unstable time for the artists of the Mughal court. Aurangzebseized power in 1658 and then proceeded to kill all his brothers and nephews.  However, Suleiman Shikoh, the son of Dara Shikoh, was able to escape. He came to Srinagar in the same year and was granted refuge by King Prithvi Shah of Garhwal. He was accompanied by court painters Shyamdas and his son Kehar Das (also known as Har Das).

After around nineteen months, Prince Suleiman Shikoh left Srinagar; but Shyam Das decided to stay back. As he knew Farsi very well he helped King Prithvi Shah to master the language. He was also well versed in Mughal style of painting and introduced this style in the royal court. In return, the king appointed him to a respectable post and gifted him 60 villages.  This allowed him to concentrate on his creativity.

As time passed, the family gave birth to few more remarkable artists; Kehar Das, his son Hiralala and grandson Mangat Ram were also well known artists who contributed significantly to art and culture of Srinagar. However, it was Mola Ram, the son of Mangat Ram, who brought in a revolution and created the Garhwal style of painting. 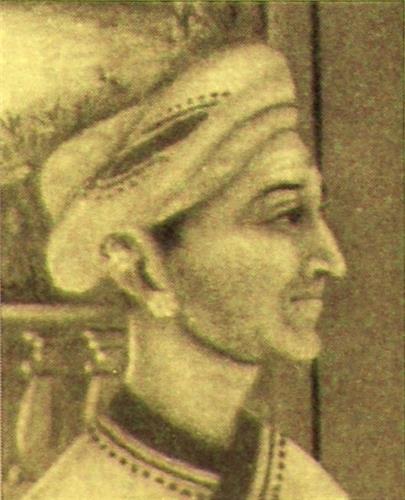 Mola Ram was born in 1743 as the son of Mangat Ram and his wife Rami Devi. Although he was a poet, philosopher and a statesman he made his place in the history of Srinagar as an artist. Initially he painted in the Mughal miniature style; but as he came in contact with Kangra style of painting he began to experiment in different art forms and ultimately created the Garhwal School of Painting.

The creations of Mola Ram were so rich in colors and context that they transcended all boundaries and have now been preserved in different museums and private collections.  A rich collection of such paintings can be seen at HNB Garhwal University Museum, Srinagar. A good collection is also available at the Boston Museum of Art in the United States of America. Besides 'Kastur Bhai Lal Bhai Sagrahaalaya’ of Ahmedabad and 'Bharat Kala Bhawan’ of Banaras, as well as different art galleries of Kolkata, Lucknow,  Allahabad and Delhi also house some of his paintings.

Mola Ram died in Srinagar in 1833. After his death, his son Jwala Ram and grandson Atma Ram continued with the style. Tej Ram and Brij Nath are two more significant names in the field of Garhwal paintings and they too operated from Srinagar. 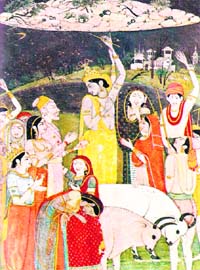 Another factor that helped in the development of Garhwal paintings is the marriage of King Pradyumna Shah of Srinagar (1797-1804) with the Princess of Guler. As a result of this wedding many Guler painters came to reside in Srinagar. They too wielded considerable influence on the art and culture of the city. They taught new techniques, which the painters of Srinagar amalgamated in their style of painting.

As we have mentioned in the beginning, in spite of close resemblance, each school of paintings retained its own individuality. Special features of the Garhwal School include clever use of colors and figures of women. The women in Garhwal paintings had soft oval faces, delicate brows, thin nose with definite nose bridge, fully developed breasts and thin waist line. Moreover, the harmonious use of a warm and cold color ranges was also another specialty of this school of painting. 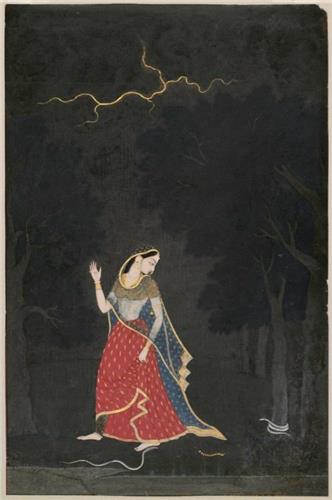 Following are few of the well works under Garhwal School of Paintings: